Another one bites the dust

Another talk show host on MSNBC has bit the dust. Mr. Ed Schultz has gone the way of Keith Olbermann. Now that MSNBC is not a part of General Electric which we referred to as the Obama station. Comcast has purchased this network and seems to have different ideas of its own. Mr. Schultz referred to Lara Ingram as a slut on his radio show apparently this did not sit well with his new bosses. He was suspended for one week as I understand it but later I heard it could be indefinite. If General Electric had still own this network nothing would've happened and I doubt it would've made the news. Hats off to Comcast for bringing some morality back to this network maybe they now have a chance to get out of last place in the ratings. I have a feeling that there will be a few more of the so-called elites of this network looking over their shoulders their time could also be short! By the Way, Keith Olbermann has a new show on the Al Gore network if anybody out there among the 10 viewers of this network watch this show please let us know what you thought.
Posted by rmsnotaryservice
Email ThisBlogThis!Share to TwitterShare to FacebookShare to Pinterest

What is the passport card? The passport card is a document created by the State Department. The passport card can only be used for entering the United States at land border crossings or sea ports of entry from selected countries. Canada, Mexico, the Caribbean, and Bermuda. The regular passport book is still used for all international travel. A citizen may have both types of ID the passport and the passport card they will have different serial numbers. Both meet the requirements for evidence of identity. The passport card can also be used as identity in most cases for notarization of papers or legal documents.
Posted by rmsnotaryservice
Email ThisBlogThis!Share to TwitterShare to FacebookShare to Pinterest

Are you looking for an affordable car insurance? If you are not satisfied with your car insurance, don't stress yourself! Get the free auto policy quotes as soon as possible. Make a plan as to what kind of insurance you need and visit the links provided here. Whether you are searching for a liability policy or a comprehensive coverage, start looking in this Website. 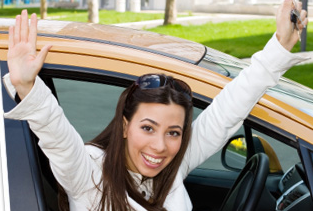 Free yourself from all the worries ahead! It's high time to switch and find the coverage that works for you. For more information, just check out the Website now! Fill up the form, get the Free Quote and the coverage that you need. It would then lighten you up for having a policy which is easy on your budget. Do it now! Visit automobileinsurance.me today!
Posted by rmsnotaryservice
Email ThisBlogThis!Share to TwitterShare to FacebookShare to Pinterest

For K1 Visa Holder, here's a link to the forms and guidelines directly from USCIS website.

It is not really hard to process any immigration papers as long as you follow the guidelines even if you do it by yourself. It just needs proper understanding and arranging the LEGAL papers to show to the Immigration Officers. Just read thoroughly the guidelines and a simple following of instructions would yield to a successful result.
Posted by rmsnotaryservice
Email ThisBlogThis!Share to TwitterShare to FacebookShare to Pinterest

This policy is valid from 20 May 2011. This blog is a personal blog written and edited by me. For questions about this blog, please contact ADMIN in the comment section in any post. This blog accepts forms of cash advertising, sponsorship, paid insertions or other forms of compensation. The compensation received may influence the advertising content, topics or posts made in this blog. That content, advertising space or post may not always be identified as paid or sponsored content. Any product claim, statistic, quote or other representation about a product or service should be verified with the manufacturer, provider or party in question. It is the sole responsibility of the reader to weigh the product endorsement as legitimate.
Posted by rmsnotaryservice
Email ThisBlogThis!Share to TwitterShare to FacebookShare to Pinterest

Heading To The Usher Concert

I had a great time tonight with my friend Sarah. We attended the Usher concert in Seattle Washington. He is a great artist and very cute as well. Usher has such an amazing voice and a beautiful body too. Before we left for the concert I made sure to set my home security alarm (adt deals). It is important to make sure my house is nice and safe before I head out to leave somewhere for the night. Usher was a great performer and I would love to see him again someday. I know he is coming to Portland Oregon in a few months and if I can come up with enough money I am for sure going to see him again. Sarah and I got concert tee shirts and also glow sticks. The concert was also outdoors so it was nice and cool as well. Many times concerts are held indoors and can be really hot with all the people standing around. There were millions of people it seemed like just to see Usher. He also took off his shirt which made all the females in the crowd go wild. Usher is a wonderful lyric writer as well and I have always enjoyed his songs. This was the best concert I have ever attended and I hope to be able to experience it again someday again.
Posted by rmsnotaryservice
Email ThisBlogThis!Share to TwitterShare to FacebookShare to Pinterest

If you find the lost passport after you have reported it missing it may not be used for travel as it has been canceled. Please return it to the State Department you may find the address on their Web site they will process it and either destroy it or return it to you at your request. Once a passport has been reported as stolen or lost it may not be re-validated. So while traveling be on your toes and take great care of your travel document. You may find this information and more at the State Department website uscis.gov have a great trip.
Posted by rmsnotaryservice
Email ThisBlogThis!Share to TwitterShare to FacebookShare to Pinterest

I had an e-mail today from Glenn Beck that he was making a major announcement. Let me quote some of the e-mail to you Beck Has challenged listeners and viewers to clean the garbage out of their life with the 40 day 40 night challenge. He's challenge people to center their lives on a set of principles and values with the 9/12 project. My question to you Mr. Beck is this the same principle and values that you go by when you puke into a garbage can on your radio show making fun of Meghan McCain. I really don't think you're the one to be preaching on principles and values. You have turned out to be just another con man.
Posted by rmsnotaryservice
Email ThisBlogThis!Share to TwitterShare to FacebookShare to Pinterest

The fat lady has sung.

The saying goes it's not over till the fat lady sings. Well the fat lady did sing.Rosie O'Donnell gave us her opinion on the killing of Osama bin Laden. Not that it really matters as not too many people care what Rosie O'Donnell thinks after her remarks about 9/11. She did not like the way the terrorist was laid to rest. She also did not care for all the celebration in the streets of New York City and Washington DC. I think the best place for Rosie would be Pakistan alone with Michael Moore they could purchase the Osama bin Laden compound as I don't think he will be needing it anymore and live happily ever after.
Posted by rmsnotaryservice
Email ThisBlogThis!Share to TwitterShare to FacebookShare to Pinterest

Local and national attention will be focused on the Casey Anthony trial this week. The judge has moved jury selection to another county in Florida. I don't think this really matters because almost everyone in the state of Florida has knowledge of this case. It is going to cost taxpayers another $350,000 to try this case as the jury will have to be brought to Orlando put up in hotels and pay for their meals and transportation. This process has been going on for about three years.

I don't know if Casey Anthony is guilty or not that is for the jury to decide. I just hope that the trial moves along quickly and without further delays. The taxpayer have paid far too much money in this case let us move along quickly and get on with other things in life.
Posted by rmsnotaryservice
Email ThisBlogThis!Share to TwitterShare to FacebookShare to Pinterest

Most Noataries have encountered an issue with personal appearance at some point in their career. Here is an example of how to resolve the situation.

If you were asked to notarize a car title and the person who was supposed to sign did not show up what would you do? The seller said that would be okay because the other person was his cousin and he would take full responsibility for the actions. Should you continue with the notary? Definitely not!

You must explain to the seller that in order for you to perform the notarization the other party must appear before you with the proper identification to verify their identity and if not you would have to terminate the notary.

A notary cannot notarize any document where the signer is not present. There is no exception to this rule.
Posted by rmsnotaryservice
Email ThisBlogThis!Share to TwitterShare to FacebookShare to Pinterest
Newer Posts Older Posts Home
Subscribe to: Posts (Atom)

This policy is valid from 20 May 2011. This blog is a personal blog written and edited by me. For questions about this blog, please contact ADMIN in the comment section in any post. This blog accepts forms of cash advertising, sponsorship, paid insertions or other forms of compensation. The compensation received may influence the advertising content, topics or posts made in this blog. That content, advertising space or post may not always be identified as paid or sponsored content. Any product claim, statistic, quote or other representation about a product or service should be verified with the manufacturer, provider or party in question. It is the sole responsibility of the reader to weigh the product endorsement as legitimate.