I am not a fan of #DuckDynasty but, I saw few of their episodes and I was entertained. The family is amazing and I like them. I know they are popular and their TV show is a big hit. What amazes me is that, their fans came from all walks of life. That's something huh? This family truly touched the American viewers in ways no one can explain. 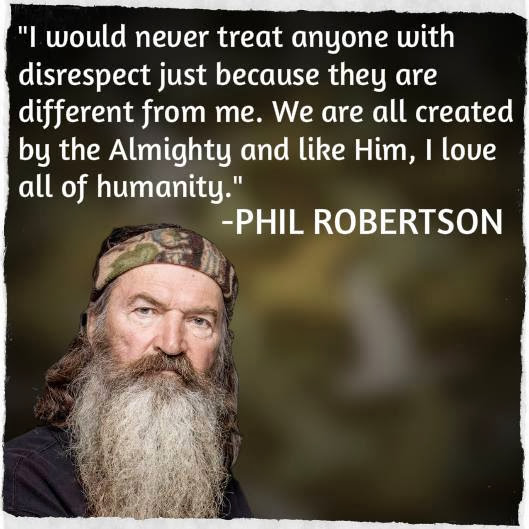 Popularity is not all the time smooth and fun. There are intrigues as well and just this week, the patriarch of Duck Dynasty was suspended for anti-gay remarks. “Don't be deceived. Neither the adulterers, the idolaters, the male prostitutes, the homosexual offenders, the greedy, the drunkards, the slanderers, the swindlers—they won't inherit the kingdom of God. Don't deceive yourself. It's not right” -Phil. 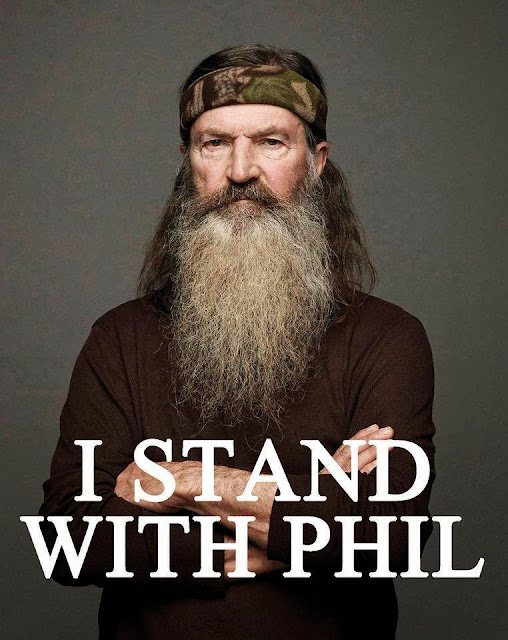 Well, I have gay friends and I love them and respect them dearly. In this country we have the Freedom of Speech. That is the opinion of Phil and though his opinion may differ with yours and mine, we should respect that too. Just like we respect the gay people to enjoy going to Disney on "Gay Day". Some people might be offended but, they show respect for not complaining.
Our world will be a better place to live
if everyone respect one another
despite of indifferences.
Posted by amiable amy
Email ThisBlogThis!Share to TwitterShare to FacebookShare to Pinterest

At the Gazebo with my BHTV App

This is a Sponsored post written by me on behalf of Bright House Networks. All opinions are 100% mine.

From December to February, we have a nice weather in Florida. That's the time when the temperature is cool. If it is not too breezy, I love to listen to my music or watch TV by the gazebo. Watching live HD Programming by the gazebo is what I did yesterday afternoon. Make Any Room a TV Room! How is that possible, you might ask right? My cable, phone and Internet provider is Bright House Networks and this company has a service called BHTV. This is both a free app and a Website where I can watch live TV programs with my iPad and computer anywhere in the house. I truly enjoyed using the BHTV App with my iPad. I can watch my favorite TV show anywhere in my property. Sometimes, I watch TV programs in the garage while doing DIY project. How convenient right? I am not confine to the family room or living room to watch my favorite TV programs. BHTV app works only with in the range of my home's wireless network. So far, I am happy with BHTV eversince I download the app.

Posted by rmsnotaryservice
Email ThisBlogThis!Share to TwitterShare to FacebookShare to Pinterest

The Empire State Building : Lights Up for the Philippines

This is the photo of the Empire State Building when they light up for the Philippines.
The colors represents the flag of the country.
Posted by amiable amy
Email ThisBlogThis!Share to TwitterShare to FacebookShare to Pinterest
Newer Posts Older Posts Home
Subscribe to: Posts (Atom)

This policy is valid from 20 May 2011. This blog is a personal blog written and edited by me. For questions about this blog, please contact ADMIN in the comment section in any post. This blog accepts forms of cash advertising, sponsorship, paid insertions or other forms of compensation. The compensation received may influence the advertising content, topics or posts made in this blog. That content, advertising space or post may not always be identified as paid or sponsored content. Any product claim, statistic, quote or other representation about a product or service should be verified with the manufacturer, provider or party in question. It is the sole responsibility of the reader to weigh the product endorsement as legitimate.